5 Reasons Why the World is Running Out of Chips 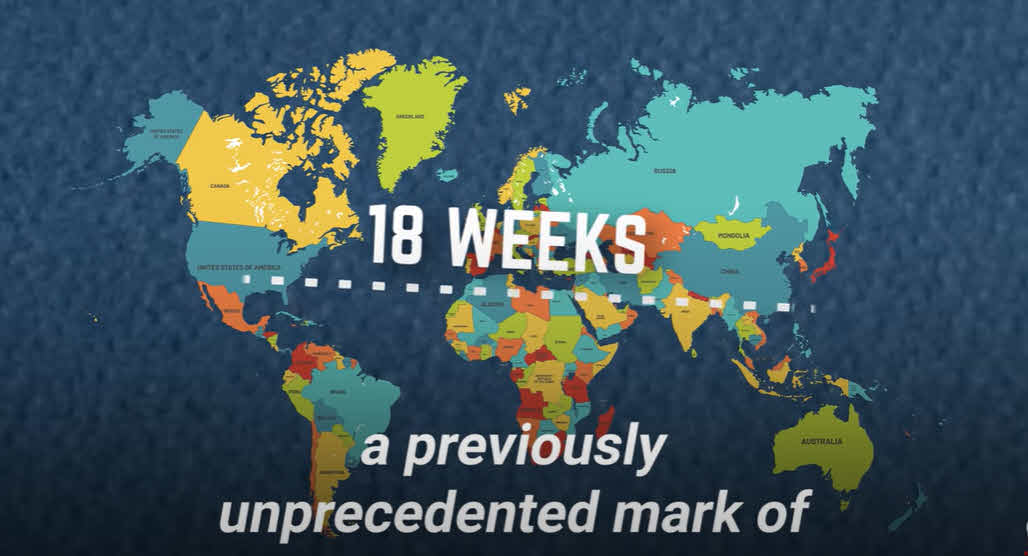 Our team keeps up with the trends and how the world of manufacturing is connected. It’s clear that the global chip shortage shows no sign of abating anytime soon. It seems to be getting worse. While the White House is racing to expand chip manufacturing in the US to avoid future shortages, it could be years before that government investment actually pays off f

Today we want to share this great video from "Interesting Engineers" that breaks down reasons we are running out of chips.

What is the link between 60,000 Ford pickup trucks and you not getting a PlayStation 5?
A global shortage of chips.

Chips are in almost everything you use. They are in your phone your computer and your tv. They run your car and allow you to make purchases with your credit card. They even power the factories that make all of these things. Right now tens of
thousands of cars are being stored in factories waiting to be fitted with chips whenever they become available. Once the chips are installed, the cars will be ready to be delivered to customers everywhere.

Experts say the global chip crisis will be resolved eventually just not in the near future. The COVID-19 pandemic turned a global shortage of chips into a crisis.

At the start of the pandemic many industries pulled back their chip orders in anticipation of what was expected to be a significant blow to economies around the world. But when lockdowns called for
people to stay at home, online ordering skyrocketed. People purchased computers for their home offices, fitness electronics to keep active, and gaming devices to be entertained the pandemic accelerated the pace of digitalization.

Once industries realized the demand for electronics had only stalled temporarily and was now accelerating, they had one tiny problem... there weren't enough chips for new orders.

A trillion chips are made every year. It takes around two months to make a chip and there aren't a lot of companies that make chips a silicon wafer such as this. One will travel through more than 3,000 steps and dozens of machines before it leaves the plant.

Then there's politics and its hand in the global shortage of chips. When the U.S. government placed restrictions on China's biggest chip manufacturer SMIC, Semiconductor Manufacturing International Corporation, it made it difficult to sell chips to companies with American ties. Companies turned to manufacturing plants such as the Taiwan Semiconductor Manufacturing Company or TSMC, and Samsung, but these companies were already producing chips at maximum capacity. TSMC makes chips for Sony, Apple, Microsoft, Qualcomm, AMD, Nvidia, and even chip manufacturing giant Intel.

To make chips, manufacturers used large amounts of ultra pure water to clean factories and wafers. TSMC's facility alone used more than 63 tons of water a day in 2019. That makes up more than 10 percent of the supply of two local reservoirs. So when Taiwan experienced its worst drought in more than 50 years in 2021, things got even worse.

On top of this, a fire broke out in Renesas Electronics' Naka Factory in Japan and gutted the N3 building which mainly produces automotive mini-controllers. Every car takes roughly 1,400 semiconductors to make, so this fire was a big hit to the automotive industry. More than 95 percent of its capacity has been restored since its reopening but the plant has yet to reach previous levels of production.

It also doesn't help that semi-conductors have a long lead time chip lead times or the gap between ordering a semiconductor and delivering increased to a record-breaking 18 weeks after already surpassing a previously unprecedented mark of 16 weeks just months earlier. And the solution is not simple or cheap so industries need to tackle this crisis in the near term.

Chip shortages are hammering automakers, forcing them into shutdowns and costing them billions of dollars in lost production and sales. Ford, Tesla, BMW and Daimler are among the companies that have reported difficulties acquiring parts. One of the world's largest automakers General Motors said it could lose up to $2 billion because the chip shortage forced it to temporarily shut down some of its plants. Overall the global automotive industry will produce four million fewer vehicles than planned and lose roughly $110 billion in sales.

If you are hoping to secure a gaming console or high-end graphic cards, you may have to wait until 2023. Supplies are limited and demand for high-ticket items is as widespread as ever. Many flagship GPUS and next-gen consoles are sold online with unannounced restocks at hundreds of dollars above their suggested retail price on sites like eBay. Both PlayStation 5 and Xbox series X consoles are often overpriced with markups ranging from 50% to 100% percent.

Some companies depending on supply are battling the shortage by swapping puzzle pieces. Tesla had to rewrite its own vehicle software to support alternative chips and survive the shortage. This has helped Tesla maintain high levels of production and deliver hundreds of thousands of vehicles to customers but other companies have not been so lucky.

To fuel the digital future, the chip manufacturing industry will need to keep innovating it will need to increase its capacity by working quicker building square miles and employing more people and machines. Until then, for the sake of our sanity, let's try not to sit by our laptops hitting refresh to see when that PS5 will finally be restocked and keep our expectations low as we await the release of a new iPhone and hope that the lingering effects of the pandemic finally fade away.

Be sure to check out Interestingengineering.com here >